Suspect to get Sirius in the Aurie’s Star Handicap 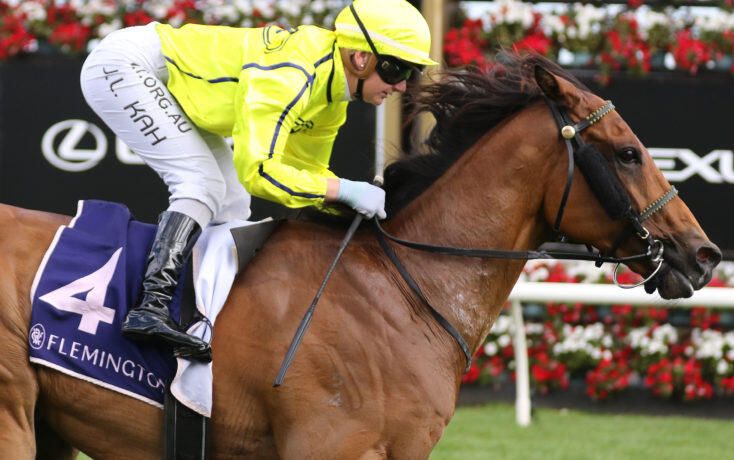 For a just turned seven-year-old, Sirius Suspect has not been over-raced and in fact may only be reaching full maturity.

That is what his trainer Saab Hasan thinks as a bigger, stronger Sirius Suspect makes his return in the Group 3 Aurie’s Star Handicap (1200m) at Flemington on Saturday.

Sirius Suspect has raced 27 times for eight wins, with three of those victories being on the straight 1200m course at Flemington.

Starting his career with Darren Weir, Hasan took over in 2019 and in his time with the Flemington-based horseman Sirius Suspect has finished further back that fourth just once in a straight 1200m race, running seventh in the Group 1 Newmarket Handicap in March.

With a little luck, Hasan believes Sirius Suspect should have gone close to winning, or filled a place.

After an autumn campaign that finished when a fading sixth at Mornington in March, Sirius Suspect was spelled where he put on 50kg.

Most of that weight has been shed, but Hasan said Sirius Suspect would enter Saturday’s race 10kg heavier than when he commenced his last campaign.

“He’s matured and he’s starting to cope with everything we throw at him now,” Hasan told RSN.

“His work this time in has been excellent. He’s had two jump-outs at Flemington.

“I can’t fault him. It’s not an easy feat first-up but I think he’s in the race up to his ears.”

Damien Oliver takes the ride on Saturday having partnered the sprinter in a gallop last Saturday.

Hasan said Sirius Suspect was drawn ideally on Saturday in barrier 13 in the 15-horse field.

“He needs to break cleanly and that is something Damien Oliver and I have spoken about,” Hasan said.

“Where he’s drawn is perfect.

“He gets his chance to get into a rhythm and if he gets into that rhythm and can breathe properly, he should be in a forward position and it will all depend on whether they go quick or not.”