Suspect Ready to Return to Scene of the Crime 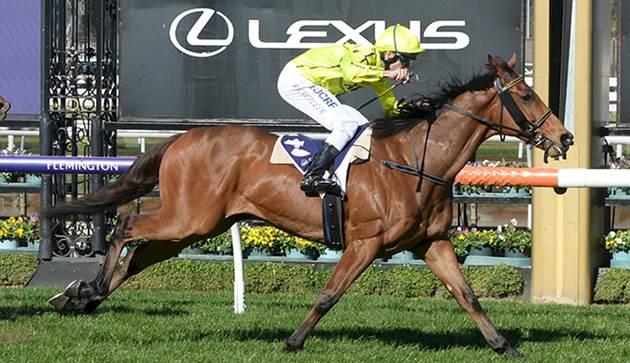 Standish Handicap winner Sirius Suspect returns to the races this Saturday in the Group 3 Aurie’s Star Handicap , and his trainer Saab Hasan believes that he can run a cheeky race first up.

The son of Wanted has only one finished out of the top four in nine prior runs on Flemington’s straight track, and that was when he wasn’t beaten far when 7th in this year’s Newmarket Handicap behind Zoutori.

Sirius Suspect will return to the straight course on Saturday, and Hasan believes there are two reasons for his strong record on it.

“He’s a funny horse, he breathes better up the straight,” he said.

“Once he gets into that rhythm, I think you see the best of him up the straight.

“That’s one reason, and the other reason is he doesn’t have to travel so he doesn’t get too excited. In the past, when he’s travelled, he gets himself all worked up.

The seven-year-old is yet to win from six first up runs in the past, but Hasan does point to his first up run on Melbourne Cup Day when third in the listed MSS Security Sprint as cause for optimism.

“If you go on his run first up behind Exhilarates last time first up, he ran 1.08.03, he ran third and he wasn’t beaten that far,” he said.

“If you go on that run first up at Flemington last prep, that was coming into the spring, where it was a bit easier to get the horses fitter and at their best, whereas we’re just coming off a winter break, which was a little bit of a concern.

“We knew that that was going to happen, so we decided to take him to the Valley and give him an additional gallop and he had another feeling gallop with Damien Oliver on Saturday, which should have him pretty tuned up for this race first up.”

Hasan said that Damien Oliver will ride Sirius Suspect on Saturday in the feature event on the Flemington program.