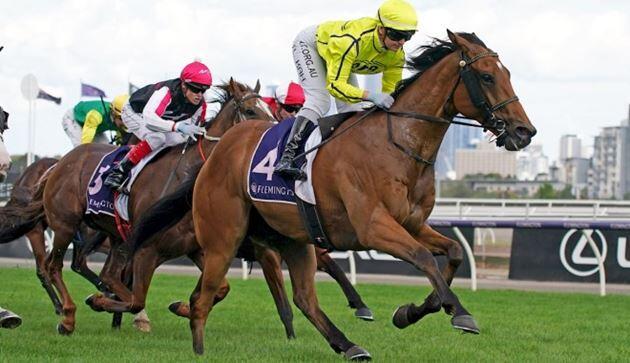 Sirius Suspect is conditioned to racing at home but his preparation for a Flemington straight-track campaign will include a trip away to gallop around Melbourne’s tightest circuit on Tuesday morning.

Saab Hasan will take Sirius Suspect to The Valley on Tuesday ahead of his intended resumption in the $200,000 G3 World Horse Racing Aurie’s Star Handicap (1200m) at Flemington on August 7.

“So without having that additional jumpout option available, we’ve decided to take him to Moonee Valley to gallop him on Tuesday morning and then he’ll gallop at Flemington on Saturday morning and that will be his final hit-out before running in the Aurie’s Star.

“He can get himself a bit excited so a trip away from home ahead of his first-up assignment is exactly what he needs.”

Sirius Suspect has won both his Flemington 800-metre jumpouts during July, each time running the quickest time of the morning and clocking a time more than a second faster than the average heat time for the session.

The rising seven-year-old son of Wanted wasn’t placed under any pressure winning his July 2 jumpout in 46.29 seconds and then was given a stronger hit-out two weeks later when winning in 47.82s.