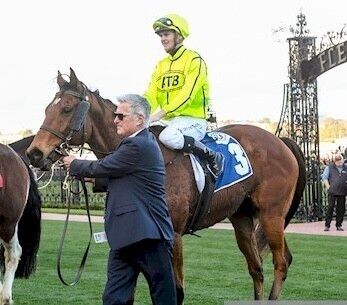 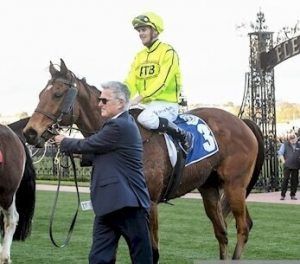 Saab Hasan’s stable star Sirius Suspect enhanced his Flemington straight-track record by winning Saturday’s $160,000 Listed Furphy Santa Ana Lane Sprint Series Final (1200m).Hasan’s previous metropolitan success came when Sirius Suspect scored his first black-type victory in the 2021 Group 3 Standish Handicap (1200m).Ridden by Ethan Brown, Sirius Suspect ($4 equal favourite) was one of four horses who came down the inside rail and after trailing Savatoxl to the 400-metre mark, he hit the line strongest of all to win by a length. Florescent Star ($8.50) and Sartorial Splendor ($8.50) filled the minor placings after racing on the grandstand side. “He hasn’t been running bad – he’s been flying, he’s probably never been going better – he’s just been a little bit unlucky,” Hasan said of Sirius Suspect. “He’s been getting on tracks throughout the winter that haven’t suited him. This is probably the first race that he’s tackled that has been 110 per cent suitable. “He had that little hoof abscess during the week, I’ll pull his shoes off tonight even before I bring him home, wrap his feet up and I’ll sit down with (owners) ATB (Australian Thoroughbred Bloodstock) and we’ll see whether we roll the dice again or whether we got to the paddock.”

Sirius Suspect has raced 38 times for nine wins and 11 placings, with prizemoney of $736,950. The seven-year-old gelding has achieved four Stakes placings, all at Flemington, with three of those over the famous 1200-metre straight course.